The Tamarac Wilderness now contains a total of 2,180 acres and is managed by the Fish & Wildlife Service’s Tamarac National Wildlife Refuge. All of the Wilderness is in the state of Minnesota. In 1976 the Tamarac Wilderness became part of the now over 110 million acre National Wilderness Preservation System. There is a special feeling of wildness about this place, Tamarac, best expressed by the eerie howl of a wolf, mournful wail of a loon, or the drumming of a ruffed grouse from deep within the forest.

Tamarac National Wildlife Refuge is located in the glacial lake country of northwestern Minnesota. It was established in 1938 as a refuge breeding ground for migratory birds and other wildlife. Tamarac is a land of rolling forested hills interspersed with lakes, rivers, marshes, bogs and shrub swamps. The token of the refuge is the Tamarack tree. This unusual tree is a deciduous conifer, turning brilliant gold before losing its needles each fall. Tamarac™s wilderness consists of four sections of the 42,738- acre refuge: three islands in Tamarac Lake (totaling 65 acres in the southwest section) and the 2000 acre northwest corner. Here you will find stands of mature white pines, a favorite nesting tree of bald eagles.

Historically, the refuge was a prized hunting, fishing, ricing and maple sugaring area for Native American tribes. The Sioux once controlled the area followed by the Ojibwe. Today the northern half of the refuge lies within the original White Earth Indian Reservation established in 1867. Tribal members continue to hunt, fish, trap and harvest herbs, berries and wild rice on the refuge.

Tamarac lies in the heart of one of the most diverse transition zones in North America, where northern hardwood, coniferous forests and the tall grass prairie converge. This diversity of habitat brings with it a wealth of wildlife. There are over 250 species of birds and 50 species of mammals. Spring on the refuge attracts a magnificent warbler migration and fall is highlighted with an abundance of waterfowl including more than 15,000 ring-necked ducks at its peak. Bald eagles are common and wolves are occasionally seen. Tamarac is one of the premier production areas for trumpeter swans in the lower 48 states. The refuge also provides critical nesting habitat for golden-winged warblers, a Species of Concern whose population has declined steadily over the past 35 years due to loss of habitat. Other wildlife include black bear, porcupine, mink, fisher, otter and beaver.

The northwest wilderness area is part of the sanctuary which is open September-February.The wilderness does not have established hiking trails and overnight camping is prohibited.

With the brilliant fall colors of aspen, maple, oak, birch and tamarack interspersed with evergreens, Autumn truly is a beautiful time to experience the wilderness of Tamarac. 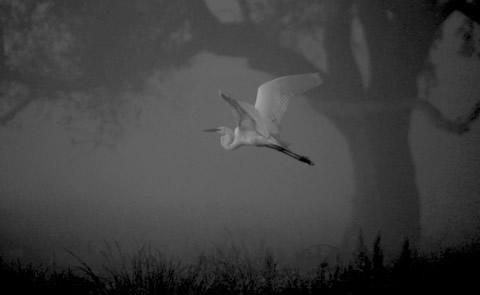 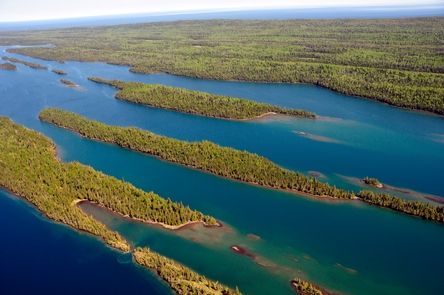 When you buy through links on our site, we may earn an affiliate commission.

As an Amazon Associate I earn from qualifying purchases.