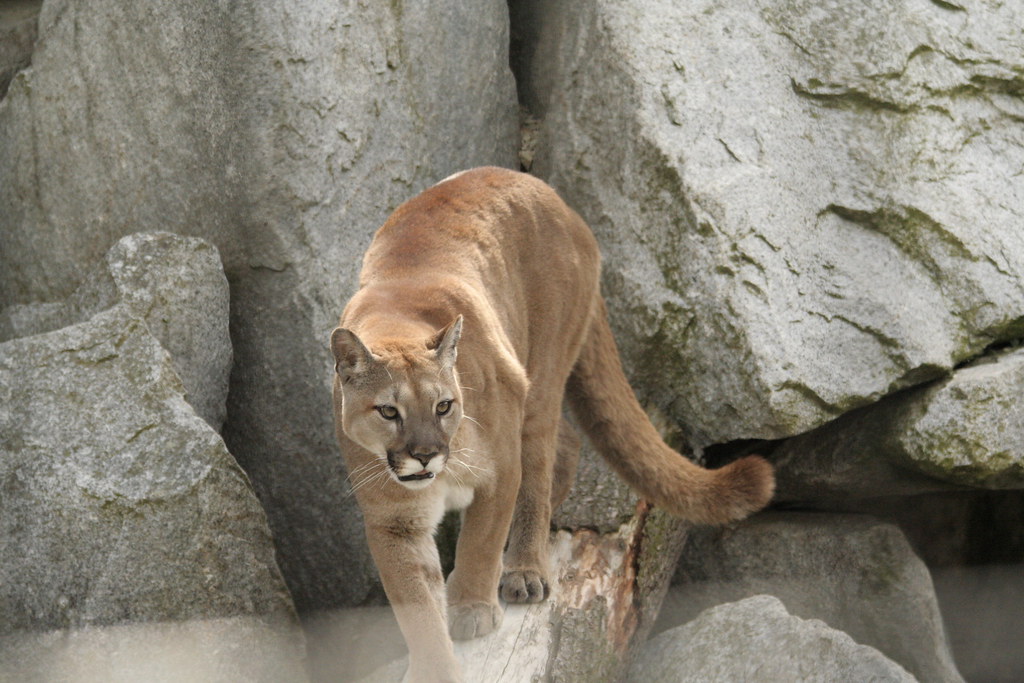 The cougar is an ambush predator that pursues a wide variety of prey. Primary food sources are ungulates, particularly deer. It also hunts species as small as insects and rodents. This cat prefers habitats with dense underbrush and rocky areas for stalking, but can also live in open areas.

The cougar is territorial and survives at low population densities. Individual territory sizes depend on terrain, vegetation, and abundance of prey. While large, it is not always the apex predator in its range, yielding prey it has killed to jaguars, American black bears and grizzly bears, and to groups of gray wolves. It is reclusive and mostly avoids people. Fatal attacks on humans are rare, but have recently been increasing in North America as more people enter cougar territories, and build developments such as farms in their established territory. 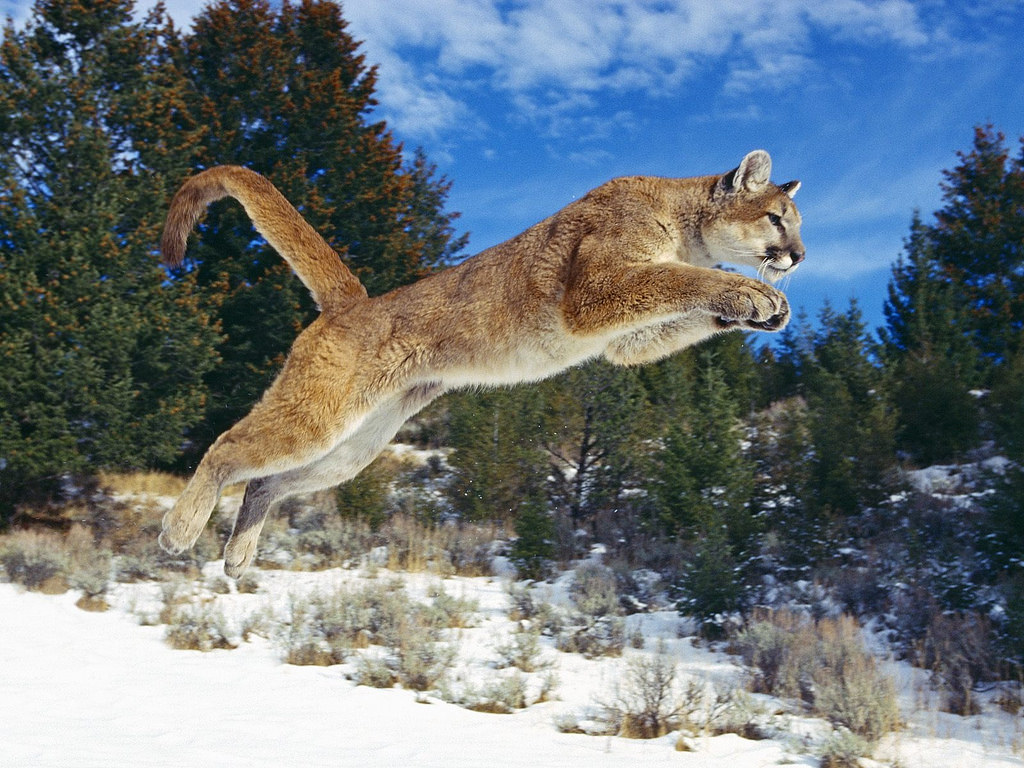 Cougar coloring is plain but can vary greatly across individuals and even siblings. The coat is typically tawny like that of the lion, which is why it was initially called the “mountain lion”, but it otherwise ranges from silvery-grey or reddish with lighter patches on the underbody, including the jaws, chin, and throat.

Infants are spotted and born with blue eyes and rings on their tails; juveniles are pale and dark spots remain on their flanks. Despite anecdotes to the contrary, all-black coloring has never been documented in cougars. The term “black panther” is used colloquially to refer to melanistic individuals of other species, particularly jaguars and leopards.

The cougar has the largest range of any wild land animal in the Americas. Its range spans 110 degrees of latitude, from northern Yukon in Canada to the southern Andes. Its wide distribution stems from its adaptability to virtually every habitat type; it is found in all forest types, as well as in lowland and mountainous deserts. The cougar prefers habitats that include precipitous canyons, escarpments, rim rocks, and dense brush, but can also live in open areas with little vegetation. 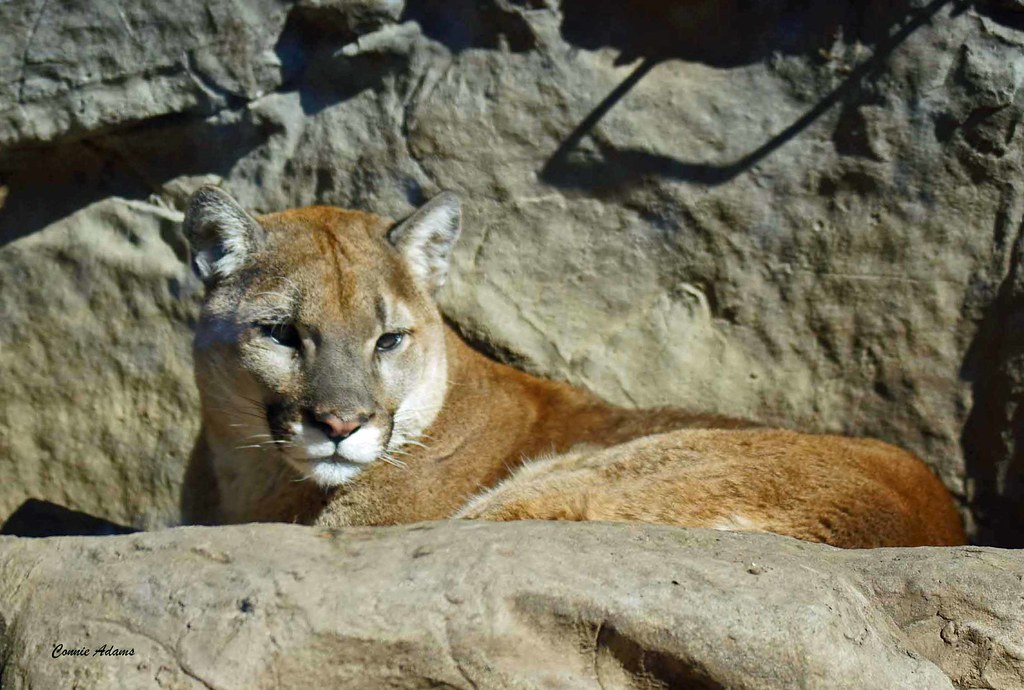 Like almost all cats, the cougar is a mostly solitary animal. Only mothers and kittens live in groups, with adults meeting rarely. While generally loners, cougars will reciprocally share kills with one another and seem to organize themselves into small communities defined by the territories of dominant males. Cats within these areas socialize more frequently with each other than with outsiders.