Both male and female mountain goats have beards, short tails, and long black horns, 15–28 cm (5.9–11.0 in) in length, which contain yearly growth rings. They are protected from the elements by their woolly white double coats. The fine, dense wool of their undercoats is covered by an outer layer of longer, hollow hairs. 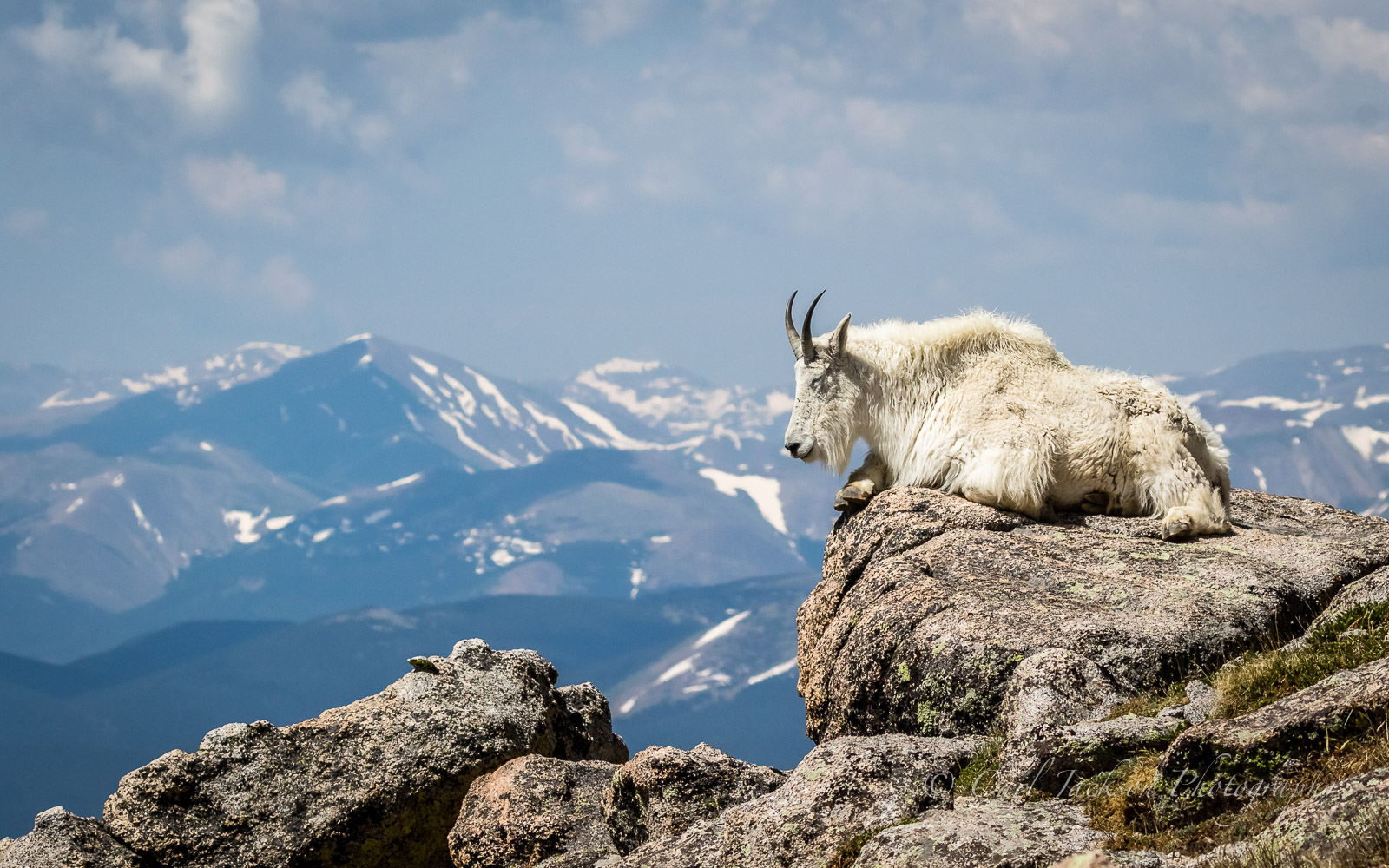 The mountain goat’s feet are well-suited for climbing steep, rocky slopes with pitches exceeding 60°, with inner pads that provide traction and cloven hooves that can spread apart. The tips of their feet have sharp dewclaws that keep them from slipping. They have powerful shoulder and neck muscles that help propel them up steep slopes. 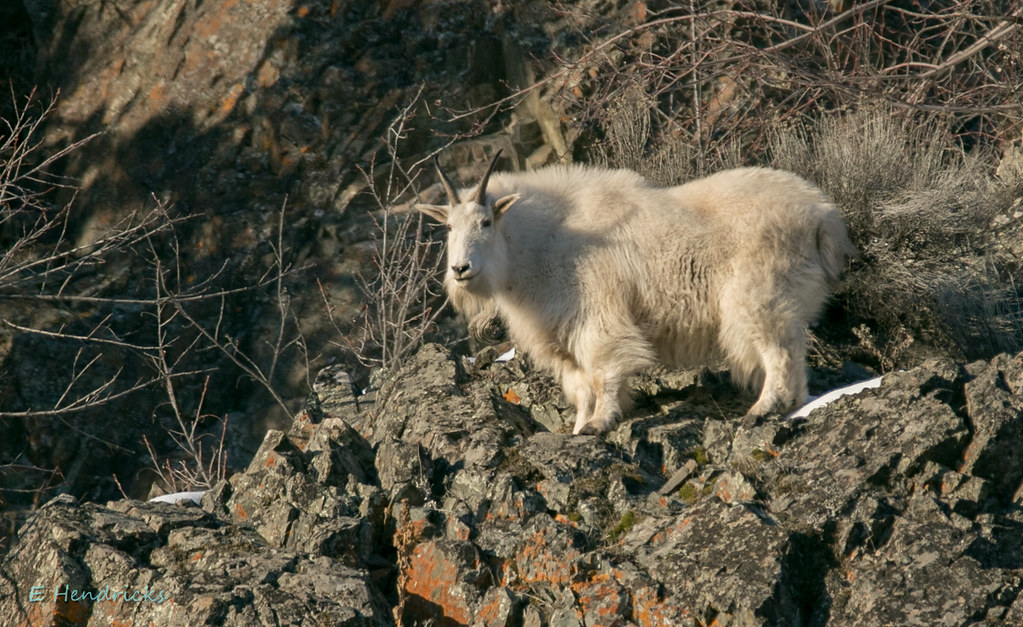 The mountain goat inhabits the Rocky Mountains and Cascade Range and other mountain regions of the Western Cordillera of North America, from Washington, Idaho and Montana through British Columbia and Alberta, into the southern Yukon and southeastern Alaska. Its northernmost range is said to be along the northern fringe of the Chugach Mountains in southcentral Alaska. Introduced populations can also be found in such areas as Idaho, Wyoming, Utah, Nevada, Oregon, Colorado, South Dakota, and the Olympic Peninsula of Washington.

Mountain goats are the largest mammals found in their high-altitude habitats, which can exceed elevations of 13,000 feet (4,000 m). They sometimes descend to sea level in coastal areas although they are primarily an alpine and subalpine species. The animals usually stay above the tree line throughout the year but they will migrate seasonally to higher or lower elevations within that range. Winter migrations to low-elevation mineral licks often take them several kilometers through forested areas. 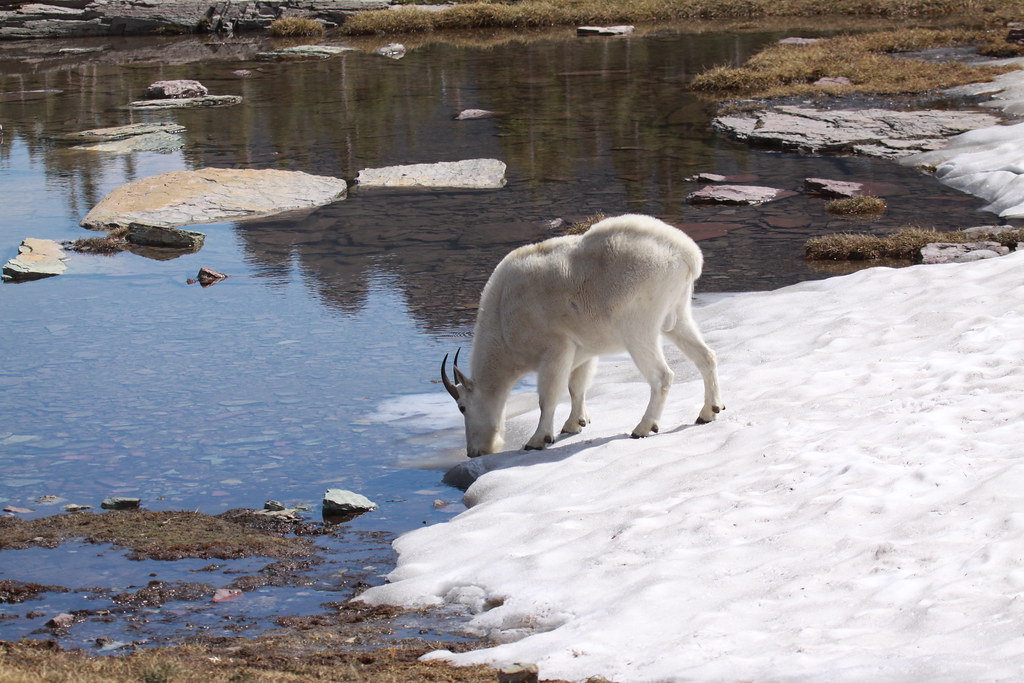 Nannies can be very competitive and protective of their space and food sources. They fight with one another for dominance in conflicts that can ultimately include all the nannies in the herd. In these battles, nannies circle each other with their heads lowered, displaying their horns. As with fights between billies during breeding season, these conflicts can occasionally lead to injury or death, but are usually harmless. To avoid fighting, an animal may show a posture of nonaggression by stretching low to the ground.

In regions below the tree line, nannies use their fighting abilities to protect themselves and their offspring from predators. Predators, including wolves, wolverines, lynxes, and bears, attack goats of most ages given the opportunity. The mountain lion is perhaps the primary predator, being powerful enough to overwhelm the largest adults and uniquely nimble enough to navigate the rocky ecosystem of the goats. Though their size protects them from most potential predators in higher altitudes, nannies must sometimes defend their young from both bald and golden eagles, which can be a predatory threat to kids. Nannies have even been observed trying to dominate the more passive, but often heavier bighorn sheep that share some of their territory.

Mountain goats can occasionally be aggressive towards humans, with at least one reported fatality resulting from an attack by a mountain goat. 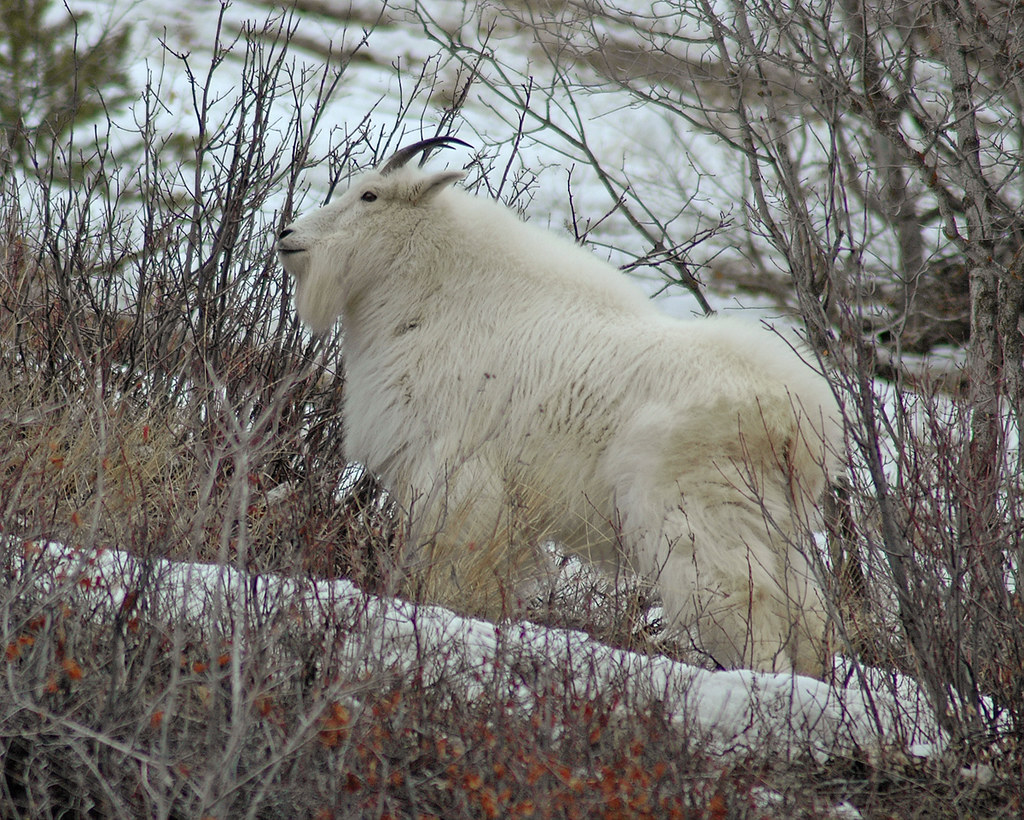